Brisbane Islamic Centre Ltd (BIC) would like to update the community on a regular basis Insha’Allah.

The status of the Mosque and Community Hall development is that a Development Approval (DA) was obtained through an appeal process, in the Planning and Environment (P&E) Court in early 2017.

Tree clearing and earthworks commenced late 2017 and was completed by mid-2018.
During these earthworks it was discovered that the water table was higher than expected and the plans that were approved by the court needed to be amended. This amendment meant that the building required to be raised proportionally to mitigate the water table issue.
Currently our application to amend the ground level and some changes to the building is referred to as a “Minor Change Application.” This application has now been lodged in the P&E Court and Insha-Allah in early 2020 we expect this application to be approved.

In tandem with the above process we engaged consultants to prepare Building Approval (BA) plans. These plans will need to be approved by a private certifier and does not require the council approval.
The BA stage is a process by which detailed plans are prepared for construction. This would include engaging a project / design manager and consultants namely for civil, architectural, electrical, hydraulic, mechanical, fire, traffic, environment, acoustic and finally a certifier.

This indeed is the lengthiest part of the BA process and we have to date completed some 80% of this with the expectation that it would also be completed by the first half of 2020. More than $500,000 has been spent on this process in the last two years.

Insha-Allah once the Minor Change and Building Approvals are obtained, we expect construction to commence soon thereafter. Expected time frame is between March and June 2020, and the project is expected to be completed within 3 years.

The land was purchased in 2007, after which it was donated Waqf to the community within an established Trust structure. The Centre will be situated on approximately 4.5 acres of the 10-acre site in Eight Mile Plains, Brisbane in Queensland.

The land use is separated by the creek into 2 blocks:

1. Stage 1 is approximately 4.5 acres and is dedicated to the Masjid / Community Centre project and is situated on the southern portion.
2.Stage 2 is approximately 4.5 acres situated on the northern portion and is dedicated to a retirement village, aged care facility, medical centre and a childcare facility.
The Masjid to accommodate over 2500 men, ladies and children, an office block, dedicated dawah facilities (including a 120-seater audio visual theatre, Islamic museum, library), community hall with a capacity to cater for over 750 people and parking for 400 cars.

The office block will have serviced offices for community organisations that would include a common boardroom. Further features of the Centre will be a cafeteria, outdoor dining, madrassa, separate youth facilities for boys and girls.

An important component of the project is the maintenance and enhancement of the Bulimba Creek environment that runs through the centre of the block.

This will be situated on the northern part of the 10 acre property, fronting Underwood road.

The Centre is designed to include: 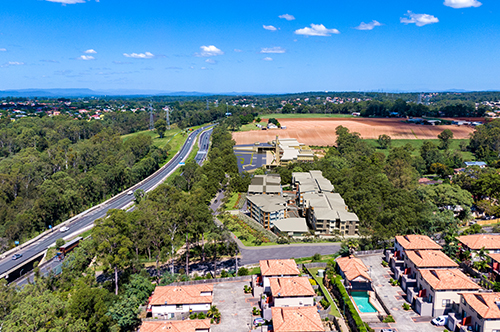 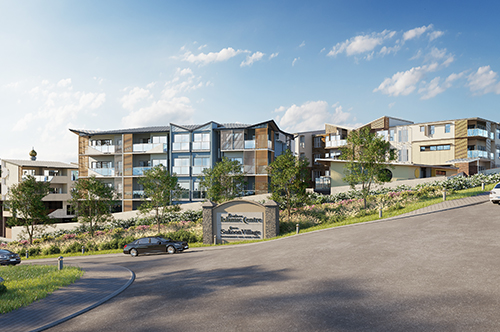